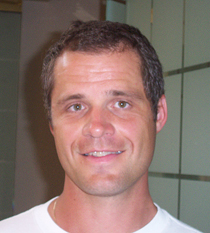 This section profiles Seniors and Masters players that have made a winning contribution to our sport. To see a player of your choice featured, simply forward their biography (150 words max) and picture to: smbadmintonchamps@gmail.com.

Notes from the webmaster: The source of This player profile is from The Boulevard Club wedsite