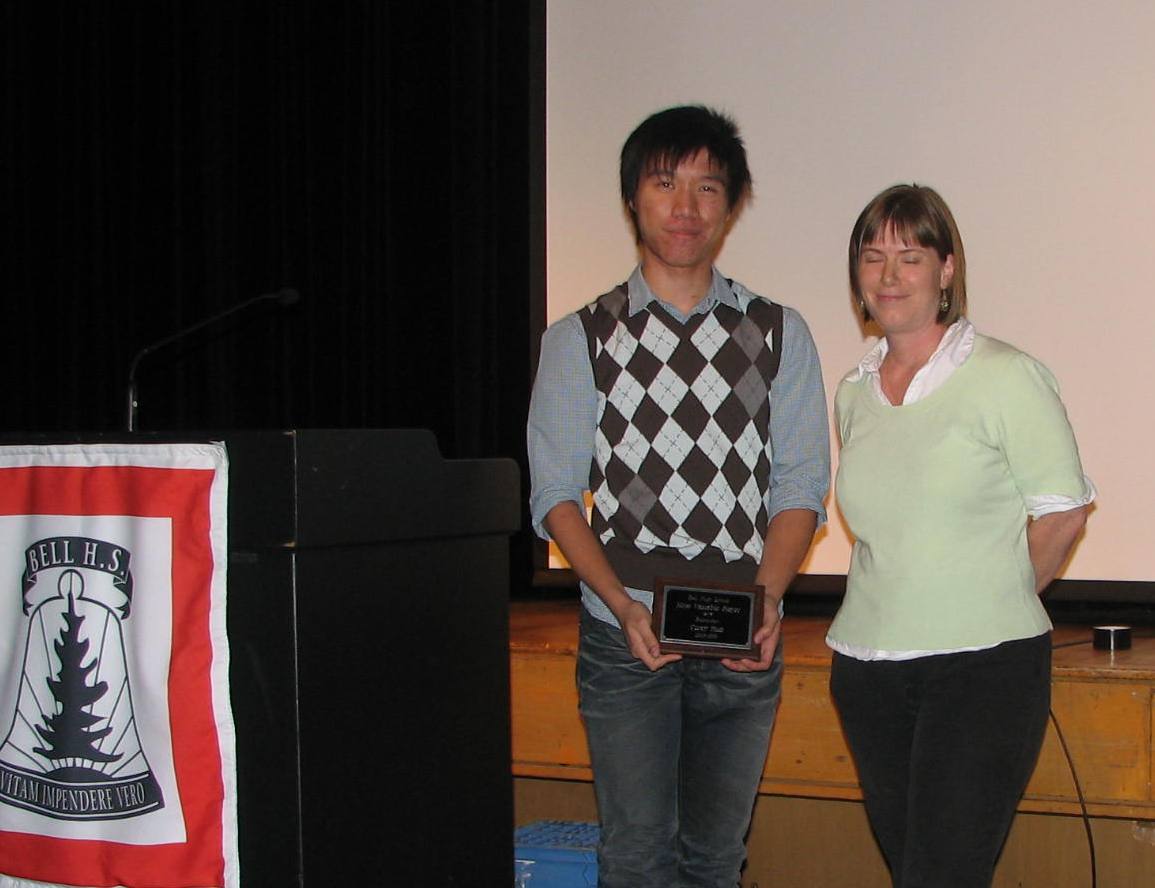 This badminton player has been an integral part of our team for a few years now. As well as being a very skilled player, he is also a helpful, perceptive and patient coach. (It must be in the genes!)

Last year, he played boys doubles, forming a strong partnership with Eric Chen that took them to OFSAA. Unfortunately they got eliminated after a few matches, but he became very involved in coaching and helping other Bell and Ottawa players who were able to win some medals, due, in part to his perceptive observations and guidance.

This year he came out for the team, ready to make his mark in badminton before he graduated. He was a consistent presence during practices; once again helping to coach others yet humble when offered advice in return.

As he was our strongest player this year, he was given the chance to make his own decision whether to play singles or play doubles and even choose his own partner. In his wisdom, he choose to play boys doubles with Kevin Tseng, another very skilled player, forming a very formidable team! They easily qualified for OFSAA, moving on to defeat all their Ontario opponents and win the gold!

Even in his glory, he once again was there for his fellow Ottawa team-mates, by offering support and advice where he could.

For his dedication, helpfulness and talent as a Badminton player, as well as future and legitimate (hopefully) Bell HS coach, I proudly present Corey Hum with the Badminton Most Valuable Player award!